July 28, 2009—On a farm in India, Mani the monkey uses her own mysterious methods to tend dozens of goats without any supervision or training, according to the Associated Press. Video.

In a story reported by the AP, every morning, a worker at the Palagapandi estate in India, opens the door to the pen and lets the goats and their kids out.

But as they head to the forest to graze no human herder accompanies them.

That's because Mani, the resident monkey, shepherds the goats- numbering 75- around the plantation.

SOUNDBITE (Malayalam): Martin K, Estate Manager- "She takes out the goats for grazing and brings them back. A shepherd is usually required to accompany the goats all day long and bring them back in these hills. But because of her, manpower can be spared. She is as good as a shepherd. The only thing is that she does not speak, but otherwise carries out all responsibilities."

They say they feel confident that the goats will be safe when Mani accompanies them.

Mani is said to make a strange sound when she discovers a goat is missing or when danger lurks.......

Email ThisBlogThis!Share to TwitterShare to FacebookShare to Pinterest
Labels: news

What better way to ensure there is no "funny stuff" in your dogs treats!

*I have read many conflicting ideas about garlic, some feel it is beneficial to dogs, as others quake at the thought...so, if you are not quaking right now- give this recipe a whirl!

(you could omit the garlic altogether, it's just a pinch)

Preheat your oven to 350 degrees. Grease cookie sheets. Mix all ingredients well. Pinch off pieces of the dough and roll them into two-inch balls. Bake biscuits at 350 degrees for 35 to 40 minutes. Let them cool, then store in an airtight container.

...there are some situations that I feel, an eye for an eye, is appropriate..this is one of them....


Kids to cops: Mom used attic as lockup when angry

LOWELL, Mass. (AP) -- Police responding to a report of a 3-year-old being locked in a sweltering, filthy attic were told by other children, "Mommy does this when she gets angry," a prosecutor said Friday.

Kristen Paquette, 27, was charged with reckless endangerment to a child and assault and battery on a child and was being held on $10,000 bail after arraignment Friday in Lowell District Court. Her family and attorney portrayed her as an overwhelmed mother dealing with an especially unruly child.

Police said the boy was naked, covered in urine and feces, and had several minor bumps on his forehead when officers acting on a tip went to Paquette's Lowell apartment Thursday. They estimated the temperature inside the attic at over 100 degrees. The door to the room was locked, and the only window inside was nailed shut, said prosecutor Dan Harren. Feces-covered child-size fingerprints were on the wall, he said.

Outside the attic was a similarly filthy mattress, surrounded by hundreds of flies, Harren said. Health officials condemned the apartment afterward.

Officers said another boy and a girl at the home told them Paquette took the 3-year-old by his arms "and dragged him upstairs to the attic." The children told officers such things happened "a lot."

Harren said the children told authorities, "Mommy does this when she gets angry." One boy told police his sibling "was bad, so Mommy put him upstairs and changed the door handle," according to the police report.

Email ThisBlogThis!Share to TwitterShare to FacebookShare to Pinterest
Labels: news

Provide your information and we will send you a free sample of our Cheating with Chocolate products!
CLICK HERE
Posted by EclecticZebra at 7/31/2009 08:57:00 AM No comments:

15~The Beginning Over Foundation

The subject of Domestic Violence is an all too familiar situation among far too many women, including myself. I can recall the news coverage of Robin, and her sisters determination for justice, as well as the desire to help others. This is a local organization for me and I feel I owe it to them to further their message.

Who We Are
An organization founded in memory of my sister Robin D. Shaffer. On June 15, 2005, Robin lost her life at the hands of her abusive husband. On that day I made her a promise and today my conviction is stronger than ever. Robin's memory will live on through the great work of the Beginning Over Foundation.

What we do
Offer education, support, advocacy, housing, and hope to those touched by domestic abuse.

Why we are here
To end domestic abuse, restore hope and rebuild and save lives.

Email ThisBlogThis!Share to TwitterShare to FacebookShare to Pinterest
Labels: charity

I like long walks, especially when they are taken by people who annoy me.
-- Noel Coward

Have you noticed that all the people in favour of birth control are already born?
-- Benny Hill

People demand freedom of speech to make up for the freedom of thought which they avoid.
-- Soren Aabye Kierkegaard

Deserves its own list: George W. Bush Quotes
"Rarely is the question asked, is our children learning?" Let us analyze that sentence for a moment. If you're a stickler, you probably think the singular verb "is" should have been the plural "are," but if you read it closely, you'll see I'm using the intransitive plural subjunctive tense. So the word "is" are correct."

Email ThisBlogThis!Share to TwitterShare to FacebookShare to Pinterest
Labels: quotes

I have always had a facination with eyes ~human, monster, mysterious, angelic,-when sketching, it's always an open bright eye!
I cannot explain it, it is what it is....in searching for meanings I came across the following...

Eyes are complex dream symbols and can be interpreted by considering the dreamer's experiences and the details in the dream (as is the case with all dream symbols). Some say that the eyes are the windows for the soul.

Eyes symbolize perceptiveness, personal outlook, clairvoyance, curiosity, and knowledge. They also reveal information about personal identity and suggest to the dreamer what he should pay attention to. Closed eyes are said to represent fear and an unwillingness to see clearly. Superstition-based dream interpretations say that if the eyes in your dream are beautiful they represent peace. Crossed eyes may be a unconscious warning about someone’s character, integrity, or misperceptions. 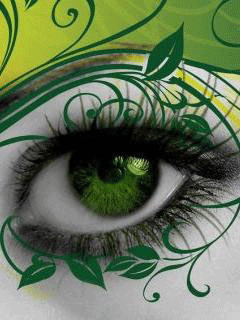 Email ThisBlogThis!Share to TwitterShare to FacebookShare to Pinterest
Labels: pictures

Email ThisBlogThis!Share to TwitterShare to FacebookShare to Pinterest
Labels: recipe-drinks

Honey Kix is a good source of fiber, calcium and vitamin D, contains 16 grams of whole grain per serving (at least 48 grams recommended daily) and has no artificial flavors or preservatives. A perfect balance of taste and nutrition through simple ingredients, which both moms and kids can agree on!

One commenter will receive a VERY fun Honey Kix prize pack that includes a coupon for a box of cereal, a honey jar, a cereal bowl, a container to take your cereal and milk on-the-go (which is very fun!), and a great container to keep cereal fresh at home. To enter, click the highlighted title "Honey Kix Giveaway!!".....

Email ThisBlogThis!Share to TwitterShare to FacebookShare to Pinterest
Labels: contest

http://www.dealalerter.com
-tracks prices on items and alerts you when the price drops!

http://www.mygrocerydeals.com
-scans store circulars each week in all 50 states so you can find sales at your local store!

http://www.retailmenot.com
-will help you fing coupon codes for discounts on online purchases!

The following is the recipe that I currently use.
We have gone from spending about $20 a month on laundry detergent to $3.00 a month!! It is a snap to make- I keep it on the stove while doing other things around the house! **The first time you make it, I recommend keeping a close watch on the stove, until you get the hang of the temperatures and times needed.....
( I use whatever soap I have on hand, and have noticed no difference- great way to use up those soap scraps!)
***Click on title to be taken directly to recipe page*** 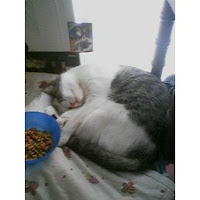 Email ThisBlogThis!Share to TwitterShare to FacebookShare to Pinterest
Labels: picture

UPDATE : Is CNN Covering Up Michael Jackson Ghost Video ?
07/27/2009 by parabook
PERSONAL NOTE : A few weeks back I posted a video of a Larry King CNN Special on Michael Jackson that many thought ( and many still do think ) contained a scene in which the spirit of Michael himself can be seen. Larry King and his crew explained the supposed spirit sighting as a trick of light in which a crewmember had cast a shadow onto a distant wall . The video below was just brought to my attention. It was posted at YouTube by a 44 year old Canadian that goes by the username of CCPaintball. He recorded the live broadcast and later as his friend watched it he found more strange occurrences in the video. CCPaintball says that the scene he found the new anomaly in can only be found in the original live broadcast and that in later re-broadcasts the scene has been strangely cut out. This is a fact I cannot verify as true or false since I did not see the original live version or any of the re-broadcasts. I leave it up to each of you as to your thoughts.
Best wishes,
Donald Ryles PhD
Posted by EclecticZebra at 7/29/2009 06:58:00 AM 1 comment:

Email ThisBlogThis!Share to TwitterShare to FacebookShare to Pinterest
Labels: facts

"Electricity can be dangerous. My nephew tried to stick a penny into a plug. Whoever said a penny doesn't go far didn't see him shoot across that floor. I told him he was grounded." Tim Allen
Posted by EclecticZebra at 7/28/2009 02:57:00 PM No comments:

Email ThisBlogThis!Share to TwitterShare to FacebookShare to Pinterest
Labels: quote

Using Baking Soda with toothpaste while brushing Baking Soda won't bleach your teeth, but it will help get plaque off and make them shine. **Baking Soda is an abrasive and if you use it too much, the enamel on your teeth can get damaged!
Posted by EclecticZebra at 7/28/2009 02:08:00 PM No comments: 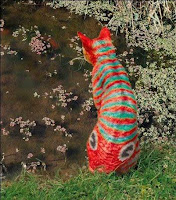 Email ThisBlogThis!Share to TwitterShare to FacebookShare to Pinterest
Labels: photo

With all the bloggie people in the world-I figured I'd give it a shot!

Although I AM a mom, I do not want this to become the run-of-the-mill "mom blog"!

There are so many otherwise useless tips, tricks, recipes and tweaks in my mind, that I figured, maybe someone would find them useful, simply divine, or just need a laugh! .... 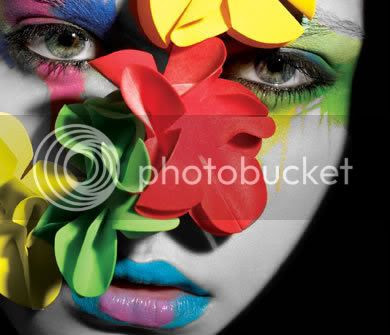 From the Dr. Oz Website: Dr. Oz -anti-cancer diet!! Click picture to go to his site and learn..